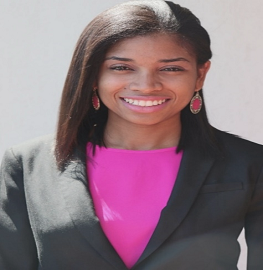 Pyrolytic carbon (PyC) is extensively used in industrial processes as composite matrices or coatings. It is obtained by thermally decomposing a gaseous carbon precursor (typically methane, but other hydrocarbons are used as well) and then allowing the carbon moieties produced to deposit either within a preform (chemical vapor infiltration - CVI) or onto a surface (chemical vapor deposition - CVD). When nanosized objects such as single carbon nanotubes are used as substrates for the deposition of PyC generated by time-of-flight CVD (a CVD process in which the time given to the carbon moieties to recombine is a key parameter, along with others such as temperature, time of dwell, gas feedstock composition), a variety of nanosized, complex morphologies can form. Among them, carbon cones with nanosized apex can be obtained. Aside the cones, micrometer-sized carbon beads or fibre segments are deposited meanwhile which are a key morphological component for allowing handling and mounting the carbon cones and then using them for various applications. Based on both the literature dealing with pyrolytic carbon deposition processes and experimental observations, a specific deposition mechanism is proposed, involving (1) the creation of carbon species as radicals resulting from the thermal cracking, and (2) the transient formation of pitch-like liquid phase (i.e., containing polyaromatic hydrocarbons – PAHs) droplets resulting from the more or less extensive recombination of the products from the cracking. Both radicals and droplets compete to deposit onto the individual carbon nanotubes. The former are mostly responsible for the growth of the cones, while the latter are mostly responsible for the growth of the carbon beads or fiber segments. In this picture, it is believed that a key parameter for the combined formation of the cone + bead/fiber segment to occur is the ratio between the droplet and the nanotube diameters, respectively. A full investigation of the structure, inner texture, et nanotexture by high resolution transmission electron microscopy is reported, which allows interesting mechanical and conducting properties to be predicted. Correspondingly, applications of the carbon nanocones as electron emitters for cold-field electron sources on the one hand, and as probes for various modes of near-field microscopy on the other hand, have been tested.

Prof. G. Paredes graduated as industrial engineering at the PUCMM, Santiago, Dominican Republic in 2009. She started teaching and working on carbon materials and then went to France for 2 years (INSA-Toulouse, INP-Grenoble) where she graduated in technological innovation in 2014. She obtained the position of a Professor at the PUCMM in 2015. She joined the research group of M. Monthioux at CEMES, Toulouse, France, for 3-4 years. Her recent publications report works on carbon nanocones (Puech et al., J. Carbon Res. 5 (2019) 69) and diamanoïds (Piazza et al., Carbon 145 (2019) 10).