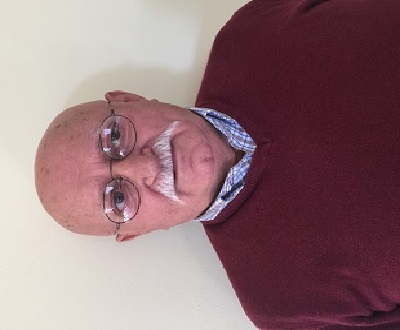 Title : Creation and effective self-organization of nanostructures in a vacuum using innovative equipment and technology of magnetron-plasma electrodispersion

New directions are permanently arising in science and technology, for which it is necessary to develop modern technologies. Now, one of such problem is the creation of equipment and technology for the production of nanomaterials. Obviously, the planar magnetron sputtering method is one of the most effective solutions in this area. Almost 40 years ago, based on the planar magnetron equipment with a flat target-cathode created by J. Corban and J. Chepin, we developed an improved design of a magnetron with a rotating magnetic field. To rotate the magnetic block in the cathode assembly of the equipment, a turbulent flow of coolant was used, which fell under high pressure onto the blades of the magnetic block holder. The rotation of the magnetic block under the target-cathode provides synchronous movement of the magnetic field on its entire surface. Using mathematical modeling, we were able to obtain such a configuration of a closed magnetic field that provided uniform erosion of the maximum target area.
Over the past five years, we have developed an innovative design of a planar magnetron sputter device, based on which model of equipment for ion-plasma magnetron electrodispersion was created. An effective formation of nanostructures takes place in an ion-plasma reactor. The reactor consists of an active sputtering zone, as well as a toroidal plasma zone of cascade splitting of macrodrops and it moves uniformly over the entire surface of the target. The curing of nanoparticles obtained as a result of cascade splitting of macrodrops occurs in the vacuum region near the target. Hardened nanoparticles under the influence of gravity and thermal movements move in a spiral until final cooling. By controlling the distance between the disk target and the base, one can control the temperature of the nanoparticles, which allows preserving the conditions for the occurrence of van der Waals bonds and self-organization.

Zaur Berishvili is a Senior Research Fellow at the LEPL Institute of Optics and an Associate Professor at Caucasus University. His research areas include semiconductor and electronic device materials and technologies for their production. In 1967, after graduating from Tbilisi State University, he began working at the Semiconductor Physics Research Institute. This was the era when the world took an unprecedented step in the field of technology and the development of microtechnology based on semiconductor devices. He spent several decades in the service of microelectronics development, reflected in his scientific papers, copyright certificates, patents and reports. In the second half of 1980, he was nominated for a Council of Ministers award. He is a well-known inventor in Georgia. In 2012-2014, with the participation of Zaur Berishvili, the Shota Rustaveli National Science Foundation and the Ukrainian Science and Technology Foundation implemented a joint grant project (Title: "Radon Wallpaper in Drinks and Surface Water in the Capital of Tbilisi"). Center (# 5644). Also in 2002-2005 he was involved in a joint project of the International Science and Technology Center and NATO SFP ENABLE AB973796 entitled "Further Improvement of GaAs Technology for the Development of Micro Sensors" # 801. The scientific achievements, experience and qualifications of the project leaders directly related to the project topic, Believe me Ia publication "Planar Magnetron Sputtering device: Magnetron Sputtering Design and Technology- a new generation." He is noteworthy as a holder of Georgian and international patents. His research interests include a registered application for a Georgian and international patent for "Vacuum Nanomaterials Extraction and Magnetron sputtering Device" for use in a May 2018 resolution. The patent consists of 12 independent sections, and the invention relates to the use of nanomaterials in vacuum and the use of magnetron devices including nanomaterials with improved physical properties, including high performance catalysts, synthesized nanoparticles and monodispersed powders.