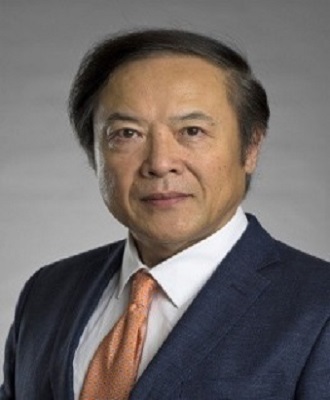 There has been an increasing need to utilize abundant seawater, via desalination, for a variety of uses, in particular agriculture in the arid regions that are highly vulnerable to the effects of climate change. Current desalination technologies provide effective solutions to the increasing water demands but require substantial electric energy, therefore limiting their sustainable use where conventional power infrastructure may not be available. We have applied photothermal (PT) thin films on various substrates for effective desalination using both Fe3O4 and Chlorophyll. Nanoparticles of PT materials are dispersed in thin film coatings for effective evaporation by exposing saltwater in substantially large areas under natural solar light. Upon solar irradiation, the PT thin films will harvest solar light largely in UV and NIR bands and convert it to heat and effectively increasing the temperature of the film leading to high evaporation rate of the seawater. The temperature increase, depending on the photothermal effect of the PT materials, can reach 50-60 ?C for effective water evaporation. We report preliminary experimental results on nanoparticle synthesis, thin film deposition, photohermal effect measurement, and evaporation and condensation of a benchtop apparatus. We show that the PT thin films will be most effective in desalination via harvesting solar light, energy free.

Prof. Donglu Shi is currently the Chair and Graduate Director of the Materials Science and Engineering program at College of Engineering and Applied Science, University of Cincinnati. Donglu Shi’s research focuses on nanoscience that deals with structural design not only for fundamental studies of new bio-chemical-physical properties but also unique functionalities for energy and medical applications Donglu Shi has so far published 290 refereed SCI journal publications including Advanced Materials, Nature, Physical Review Letters, and ACS Nano. He is currently the Editor-in-Chief of Nano LIFE, and Associate Editor of Materials Science & Engineering: C, and J. of Nanomaterials.