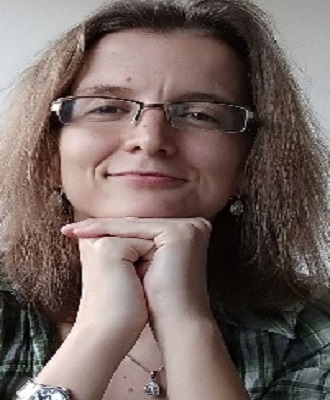 Conductive nanomaterials have gained immense interest because of their distinctive properties and their potential in various fields. The wide range of preparation factors influencing the ability of nanomaterials to conduct an electric current, such as material, method and modification, makes their preparation an interesting and challenging task. Conductive nanomaterials can be applied as an electrode in hybrid systems of biotechnology and electrochemistry, bioelectrochemical systems (BES). The BES is a novel approach for removing a wide range of environmental pollutants. It is based on the ability of microorganisms to transfer electrons extracellularly which leads to the conversion of chemical energy to the electrical energy and vice versa.
Within this work, different approaches for conductive nanostructure preparation were employed. The electrostatic spinning (NanospiderTM) was selected as a method for nanofiber preparation. To overcome the poor spinnability of conducting polymers, polyvinyl butyral (PVB), polyamide (PA), polyethene oxide (PEO) and polycaprolactone (PCL) were used as basic nanofiber materials, either to aid the spinnability of conducting polymers or as a support material for subsequent modification. Polyvinylpyrrolidone (PVP), polyaniline (PANI), Fe3O4 nanoparticles and aluminium were selected as conducting components which were loaded into nanostructures by pre-electrospinning blending, polymerization on nanofibers or plasma coating technique. To enhance the mechanical stability of prepared nanostructures, chemical modification by sulfuric acid was carried out in one case.
Prepared nanomaterials were characterized by scanning electron microscopy (SEM), resistance measurements and biological testing. Resistance measurements have shown that only some materials are sufficiently conductive and thus suitable for biotechnology applications. These suitable materials were further tested as biocathodes in BES reactors inoculated with denitrifying bacteria at the lab scale. The performance of reactors with tested nanostructured electrodes was monitored by chronoamperometry, cyclic voltammetry and liquid chromatography.
In total, nine various nanomaterials containing conducting components were prepared. The ability to conduct an electric current was found out in only three of them. A gradual decrease of nitrate concentration was observed in two BES reactors, in which PVB nanofibers with PANI or PVP were used as biocathodes. The potential application of these conductive nanomaterials is for biological removal of nitrate in BES reactors in a wastewater treatment plant.

Magda Nechanicka finished her master’s degree in Nanotechnology at the Technical University of Liberec (TUL), Czech Republic in 2017. She then joined the Department of nanomaterials in natural sciences at the Institute for Nanomaterials, Advanced Technology and Innovation, TUL. She is currently in her third year of PhD studies supervised by Dr. Dvorak at TUL. Her research is focused on the use of the combination of nanomaterials and molecular-genetic methods to support biotechnology processes. In the last few years, she has participated in the solution of a few R&D projects and has so far published three research articles. In 2019, she did a 6-month internship in the Institute of Aquatic Ecology at the University of Girona, Spain.