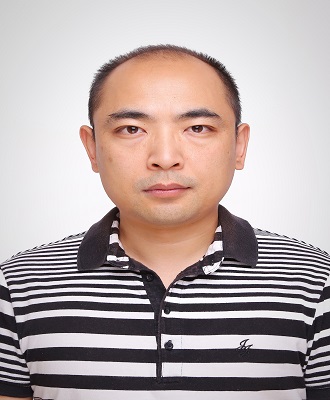 Photocatalysis technology has been widely considered as a promising approach to resolve the energy and environmental concerns. Extensive studies have been devoted to exploiting highly-efficient photocatalysts that are photoactive in H2 evolution and organic pollutant degradation. Recently, polymeric graphitic carbon nitride (g-C3N4), as a metal-free photocatalyst, has attracted enormous attention due to the superior photoelectrochemical properties with thermal and chemical stabilities. Generally, g-C3N4 can be produced by heating N-rich materials such as melamine, but the obtained specific surface area is small, thus resulting in low photocatalytic performance. Normally, the architecture of material significantly affects the performance of catalyst, constructing a porous structure is useful to promote the photocatalytic reaction. For achieving porous structure, organic templating usually was used to increase the porosity of g-C3N4, but the templating method is restricted. Herein, we report an artful and simple synthetic strategy to form porous g-C3N4 nanosheet and nanotube. By introducing -CHO and -COOH group into melamine, the thermal condensation of melamine was influenced, and grain growth of g-C3N4 was inhibited. Meanwhile, by taking advantage of the “two-step” heat-treated process which firstly heated in N2 atmosphere then calcined in air, high density porous structure was harvested. The synergism of treated melamine precursor and specific heating process can effectively adjust the porosity, morphology and defect concentration of g-C3N4. The yield of g-C3N4 obtained by this strategy was 10 times higher than that of the traditional method, high yield greatly reduced the cost of g-C3N4. The synthesized porous g-C3N4 nanomaterials possess large specific surface area (203m2/g), wide visible light absorption (tilled to 800nm) and better charge carrier transmission. The photocatalytic activity of g-C3N4 was improved remarkably, the exhibited photocatalytic activity of porous g-C3N4 is 12.3 and 6.5 times that of pure g-C3N4 for photocatalytic organic pollution degradation and photocatalytic water splitting, respectively. The enhanced performance was mainly ascribed to the high specific surface area and appropriate defects density. This report shows a significant progress for low-cost fabrication of high-quality porous g-C3N4 with excellent photocatalytic activity.

Dr. Fan is a Professor of the School of Physics, Liaoning University, and also the Deputy Dean of the Lvyuan Institute of Energy & Environmental Science and Technology. He got his B.Sc. in physics from Liaoning University in 2003 and his Ph.D from the Department of Materials Science and Engineering of Nanjing University in 2008. From 2008 to 2011, he was a postdoctoral fellowship in the School of Chemistry, Nanjing University, studying the synthesis of mesoporous multi-metal oxides. Currently, he researches hydrogen generation, catalytic degradation of organic and inorganic gaseous pollution by using light and heat energy, the synthesis of porous catalyst and defect mediated photocatalyst. In the above fields, he published 40 papers in international journals and was awarded 4 CN patents.