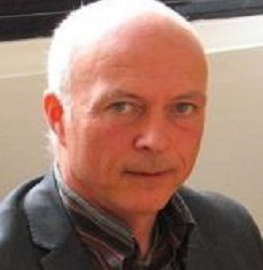 By 2030, 20% of the world's population will be more than 65 years old leading to a sharp increase in the prevalence of chronic diseases such as cardiovascular diseases, diabetes or cancers. The "well ageing" concept imposes to elaborate alternative therapeutic strategies to conventional treatments. The relevance of these alternatives relies on their ability to adapt to the general status of the patient, to limit the side- or even deleterious effects of certain molecules and to limit the emergence of resistances while preserving their efficiencies.
Ageing represents a progressive process both at the tissue level with a loss of function, resistance, and adaptability but also at the protein level with post-translational modifications such as glycoxydation, carbamylation responsible for protein molecular ageing [Gorisse L et al, 2016].
Furthermore, the composition of cell plasma membrane lipids is modified during aging processes. Cell membrane fluidity is consequently altered with, for example, a two fold increase of the cholesterol content in T lymphocytes of older individuals compared to T cells of younger individuals [Larbi A et al, 2004]. Changes in cell membrane composition may affect lipid microdomain dynamics as well as the organization of signaling platforms. Although not well documented, this potentially contributes to a less efficient intracellular signaling and eventually to a decrease of cell functionality.
According to these elements, we designed an in vitro cellular model constituted by murine cutaneous melanoma cells in a fibronectin matrix environment in order to analyse  the mechanism of action of low-diluted Phenacetinum.
Dynamical and reciprocal interactions generated by the communication between tumor cells and their matrix microenvironment, play a major role in the progression of a tumor. Indeed, the adhesion of specific sites to matrix components, associated with the repeated and coordinated formation of membrane protusions, allow tumor cells to move along a determined pathway. We demonstrated a reduction of dispersed cell migration, early and for as long as 24h, by altering the formation of cell protusions. Moreover, low-diluted Phenacetinum decreased cell stiffness highly on peripheral areas, due to a disruption of actin filaments located just under the plasma membrane. Finally, it modified the structure of the plasma membrane by accumulating large ordered lipid domains and disrupted B16 cell migraton by a likely shift in the balance between ordered and disordered lipid phases. Whereas the correlation between the excess of lipid raft and cytoskeleton disrupting is not as yet established, it is clear that low-diluted Phenacetinum acts on the actin cytoskeleton organization, as confirmed by a decrease of cell stiffness affecting ultimately the establishment of an effective migration process.
Taken together, our data allowed us to highlight an in vitro action mechanism of Phenacetinum 4CH homeopathic dilution, as a specific disruptor of murine melanoma cell migration on a fibronectin matrix.. The impact of Phenacetinum 4CH on the signaling platforms and the disturbing underlying cascades remains to be studied. However, this pioneering work properly addresses the effect of homeopathy on tumor progression cells lines, as a way of associating it to conventional subsequent treatments.

Laurent Martiny is full professor in biochemistry and molecular biology since 2003 in Reims Champagne Ardenne university. Throughout his career, he has published more than 80 research articles and is also author of several patents.
He currently heads the extracellular matrix and cellular dynamics research unit (UMR CNRS 7369).  Laurent Martiny’s team aims to decipher the mechanisms that govern the development of pathological situations such as tumor progression or vascular remodeling during aging through cell-extracellular matrix interactions.
This research opens putative applications into 2 domains:
- Extracellular matrix, cancer and therapeutic innovations
- Matrix aging and vascular remodeling