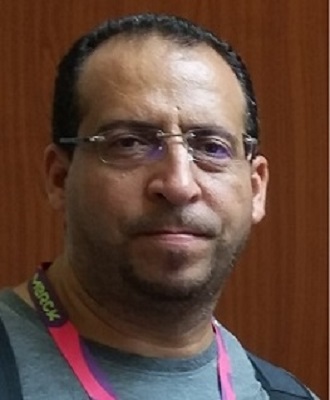 Properties offered by nanomaterials and porous designer lead to use these materials in numerous technological fields such as optoelectronic devices, energy applications, sensors and photonic devices [1]. In addition, several scientific studies prove the potential benefit derived from a porous morphology and designer nanomaterial, especially copper-based multinary sulfide semiconductor [1]. However, obtain porosity in quaternary chalcogenide material such as Cu2ZnSnS4 (CZTS) compound present a big challenge. Because of its interesting intrinsic properties, this kesterite CZTS material was best known as a promising candidate for solar application. In our previous work, we successfully fabricated, for the first time, a porous nano-columnar CZTS thin film [2]. This new designer was fabricated using the GLAD technique at incident angle 85°. As a result, we noted the dependence of the morphology of the thin film on the preferred orientation of the polycrystalline grains [2]. Because is an important step to understand the influence of this architecture offered by this technique, several works studied the relationship between the material type and growth conditions with porosity existing within thin films [3]. In this context, this work presents morphological and optical anisotropy studies of the columnar growth in porous GLAD CZTS thin film by modeling of the slanted structure and studying the porosity parameters of the nano-columns.

Ferid Chaffar Akkari obtained a PhD in Physical of condensed matter from the University of Science of Tunis-Tunisia in 2010. He was a researcher at the National Engineering School of Tunis (ENIT) from 2002 to present in the Physics department. He was nominated as Assistant Professor at El Manar Preparatory Engineering Institute -Tunisia in 2007. He was a visiting researcher in 2012, 2013 , 2014, 2016-2018 at Paris Institute of Nanosciences (INSP) (France) where he worked at the Nanostructures and optique (NANOPT) research group. His research is focused on the physics and technology of semiconductor thin films prepared by physical vapor deposition. He is also interested in nanostructuration of coatings prepared by Glancing Angle Deposition (GLAD). He was the head of the MIcro & NAno MAterials team (in the Photovoltaic’s and semiconductor materials laboratory (LPMS) in ENIT). Ferid Chaffar Akkari authored or co-authored more than 25 papers in international peer-reviewed journals.