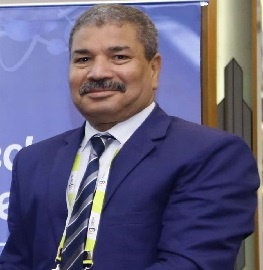 Recently Nano-materials were applied   in different  fields as  chemistry, medicine and agriculture.. The present lecture categorized to three Items. The first discuss some of the methods used to synthesize the materials in the nano forms, the second category explained the tools used to characterize the synthized nano-materials and The third part presents some applications.  the present work concentrated on  the  applications of Nano-materials in chemistry

From other hand the prepared materials were used to remove pollutants.Through photocatalytic decomposition A detection limit of about 10-10 M was obtained using  electrochemical  techniques such as linear sweep voltammetry, differential pulse voltammetry and square wave voltammetry. Modification of the carbon paste electrodes increased the surface area and enhance the sensitivity comparing to non-modified electrode. Another application of nanomaterial's is the removal of some pollutants. A removal of  about  80 % from some pollutants was achieved using TiO2 nano particles.
The lecture allows the participants to know about the different methods used to synthesize nano-materials. Also the audience will take the opportunity to discuss how and why the nano-materials characterized?. At the end of lectures many applications are presented and what are the expected applications in the different fields of chemistry.

Professor Mahmoud Khodari Maeila Hamed is Vice President for postgraduate Studies and Research at South Valley University. He is also Professor of Analytical Chemistry from 1999 to present. Professor Khodari has had a long and distinguished career at South Valley University. He has served as the Vice president  South Valley University from 2006 to 2014 and from 2016 to present. Prior to that, he was the vice dean of faculty of Science. He was also the chair of the chemistry Department. Professor Khodari  awarded the State Incentive Award in Chemical Sciences in 1999
He earned Ph.D. in Analytical Chemistry from Universte Libre  de Bruxelles (ULB) Belgium and Assiut University in 1990. He hold a B.Sc. in general chemistry from Assiut University (May 1980) and M.Sc. in analytical chemistry from Assiut University (1985). He published 58 papers in the field of Electro-analytical chemistry and biosensors. He supervised 17 M.Sc . and 6 Ph.D.  thesis,  His H-index is 14 and total citations are 422.  He contributed to the first and second editions of the Modern Dictionary of chemical terms ( 2006 and 2015, respectively) . He participated in 23 national and international conferences and meetings. In addition he was visiting professor to Germany in  Braunchweig (2005) and Hanover 2010 also He traveled to Germany in 2001 on a scientific mission to Munster University.