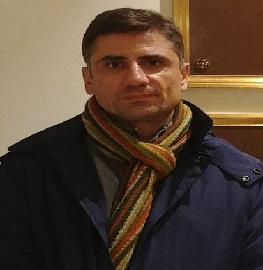 Physical techniques for surface modification of plastics use surface-active agents, which can self-assemble at the surface. Many techniques, which are important in modern technologies, use polymer blends, and there is considerable interest to understand the extent the composition of the surface layer differs from that in the bulk for molten polymer mixtures. Dynamical and structural properties of polymers in the melt state are strongly influenced by molecular architecture [1-4] and blending polymers with different molecular topologies could be potentially exploited to control interfacial segregation of the polymer film, and to achieve optimal mechanical properties of the plastic material [5,6]. However, a deep understanding of the role of chain architecture and molecular mass in determining which species preferentially adsorb at a given interface is lacking. Experiments to resolve the matter are typically conducted by mixing polymers possessing the same repeat chemistry, but different molecular architecture [10–14]. Here we show the results obtained in large-scale molecular dynamics simulations of linear-cyclic polymer films, and we find clear evidence of enhancement of linear polymers at the interface [7], in agreement with recent experimental results [8]. The behavior predicted by the self-consistent field theory (SCF), i.e., enhancement of cyclic polymers at the interface [9], emerges for relatively long chains. In our presentation, we provide a picture of the microscopic mechanisms through which the chain length arbitrates the competition between the different packing constraints imposed by the loop and linear geometry of the two polymers. We also discuss the role of enthalpic and entropic factors of the interfacial free energy of the system in determining which species in the blend preferentially adsorbs at the interface.

• Scientific delegates working in the field of nano-engineering will get a deeper understanding of the way polymer topology can be used to tune surface properties of a plastic material.
• Researchers broadly operating in nanoscience will be able to potentially expand their research in the direction of understanding the role of macromolecular shape in adsorption properties of materials.
• How the design of polymeric materials can be potentially improved by taking into account the effect on interfacial properties of the entropic competition between polymers with different molecular architecture.