We regret to inform you that we will be postponing the upcoming “2nd Edition of World Nanotechnology Conference (World Nano 2020)” scheduled during April 27-29, 2020 at Baltimore, USA due to recent developments of the 2019-nCoV situation in USA.

Due to the institution-imposed travel limitations on the congress faculty and the immigration restrictions in many countries, we have taken the tough decision to postpone World Nano 2020. The decision has been taken in the interests of public safety and to prevent the spread of the virus.

This decision follows the evolving developments, continuing uncertainty, and global concerns regarding the coronavirus.

If you have any further queries, please write in to us at secretary@magnusmeetings.com 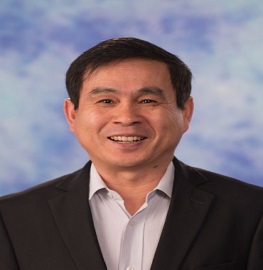 Liquid-repellent surfaces repel liquids instead of allowing droplets to adhere. These surfaces are important in many fields including self-cleaning clothes and kitchenware, enhanced heat transfer, and anti-fouling, anti-corrosive and drag reduction coatings. The dream of research and development on liquid-repellents is a structure that has robust liquid repellency, strong mechanical stability, and is inexpensive to produce on a commercial scale. However, the functional outcomes of existing liquid-repellent surfaces have not been satisfactory, because of inadequacies of conventional structural design and fabrication approaches in engineering microstructures and properties of such surfaces. We developed a low-cost scalable approach for the fabrication of well-defined porous surfaces with robust liquid repellency and strong mechanical stability. The design of the liquid-repellent surfaces is inspired by structures on springtail cuticles, which can effectively resolve the longstanding conflict between the liquid repellency and the mechanical stability. Springtails are soil-dwelling arthropods whose habitats often experience rain and flooding. As a consequence, springtails have evolved cuticles with strong mechanical durability and robust liquid repellency to resist friction from soil particles and to survive in watery environments. We design the porous surfaces to be composed of interconnected honeycomb-like microcavities with a re-entrant profile: the interconnectivity ensures mechanical stability and the re-entrant structure yields robust liquid repellency. The cuticle-like porous surfaces are fabricated by self-assembly using microfluidic droplets, which takes full advantage of the capabilities of microfluidics in terms of scalability and precise-handling of small fluid volumes. The generation of these cuticle-like porous surfaces using microfluidics has led to precise, controllable, scalable, and inexpensive fabrication.  With this technique, no more laundry may become true.

The design of the liquid-repellent surfaces was inspired by structures on springtail cuticles, which can effectively resolve the longstanding conflict between the liquid repellency and the mechanical stability. The cuticle-like porous surfaces were fabricated by self-assembly using microfluidic droplets, which takes full advantage of the capabilities of microfluidics in terms of scalability and precise-handling of small fluid volumes. The breakthrough enabled inexpensive, commercial-scale production of fluoride-free, durable omniphobic surfaces and make the dream of no more laundry and kitchen-cleaning come true, leading directly to the award of the 2018 TechConnect Global Innovation Award and the patent PCT/CN2016/104658.

Prof. L. Q. Wang received his PhD from University of Alberta, Canada, and is currently a professor in the Department of Mechanical Engineering, the University of Hong Kong (HKU).  Prof. Wang has over 20 years of university experience in transport phenomena, materials, nanotechnology, biotechnology, energy & environment, thermal & power engineering, and mathematics, and 2 years of industry experience as the Chief Scientist & the Global CTO. In addition to 6 authored scholarly monographs/books, 4 edited scholarly monographs, 8 book chapters, 76 keynote lectures at international conferences and over 120 invited lectures in universities/industries/organizations, Prof. Wang has published 420+ papers, many of which have been widely used by researchers all over the world, and been ranked amongst the top 1% of most-cited scientists according to Clarivate Analytics' Essential Science Indicator. Prof. Wang has also filed 30+ patents/software copyrights, and developed, with an international team consisting of about 100 scientists and engineers, a state-of-the-art thermal control system for the Alpha Magnetic Spectrometer (AMS) on the International Space Station (ISS). Prof. Wang’s work has been widely featured by local, national and international media, and received recognition through a number of awards, including the 2018 TechConnect Global Innovation Award, the 2018 Silver Medal of the International Exhibition of Inventions of Geneva, and the 2017 OSA Innovation Award.