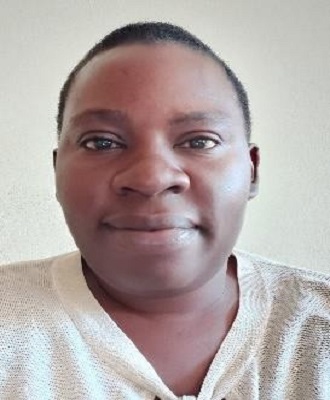 Title : Statistical investigation of the effects of magnetite nanoparticle composition on arsenic adsorption

Arsenic toxicity is a growing concern worldwide due to its numerous adverse health effects. To reduce the concentrations of arsenic in water to the prescribed limits, various interventions have been developed. Adsorption onto magnetite nanoparticles is an effective remediation method because of the ability of iron to bind arsenic, and the high surface areas and magnetic properties of the particles. Since the removal of arsenic from water has been reported to proceed via the oxidation of the more toxic of As (III) to As (V), manganese, a natural oxidant commonly found in iron rich soils was introduced into the magnetite matrix to aid in As (III) removal. Response surface methodology was used to study the effects of the interactions of ferrous, ferric and manganese ions on As (III) concentration reduction in solution. A quadratic model with correlation coefficient of 0.9985 was used to model the data. The model indicated that Fe3+/Fe2+ and Fe3+/Mn2+ interactions were significant with the latter contributing positively to the reduction of As (III) concentration in solution. Response surface plots indicated that increasing manganese and ferric ions increased the reduction of As (III) concentration in solution. Increasing the Fe3+/Fe2+ ratio resulted in the formation of smaller nuclei resulting in higher adsorption. Diffraction peaks showed a single phase for Manganese doped magnetite confirming manganese substitution in the magnetite lattice without the formation of additional phases. Manganese substitution increased As (III) oxidation and adsorption. XPS results indicated that both As (III) and As (V) were present on the adsorbent surface confirming that the reduction of As (III) concentration in solution was a result of oxidation-coupled adsorption.

Dr. Ouma obtained her BSc in Chemistry from the University of Nairobi in Kenya. She later joined the Organometallics research group of Prof. Onani at the University of the Western Cape in South Africa where she studied nanomaterial fabrication and characterization for her MSc. She moved to the Vaal University of Technology to join Prof. Ofomaja for her PhD where she studied the application of nanomaterials and biomaterials in water treatment. After a brief period as a postdoctoral researcher she was appointed as a Lecturer at Kibabii University in Kenya.