Effect of silica coating on the physicochemical properties of magnetite nanoparticles: Drug loading and release study 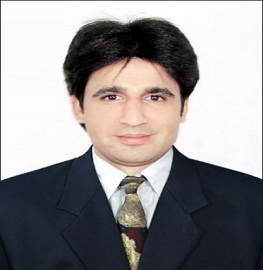 For biomedical applications, magnetic nanoparticles need to be coated with materials which should be inert, biocompatible and nontoxic to the body. The coated magnetite could be a better applicant for drug delivery, cancer treatment and MRI. In present study, magnetite nanoparticles (MNPs) have been prepared by co-precipitation route whereas silica coated magnetite (SMNPs) of various thicknesses were prepared by oil in water (o/w) microemulsion technique. The concentration of coating material was varied 2, 5 and 10 times (w/w) with respect to MNPs. Silica as a coating material was selected due to its biocompatibility and non-toxic nature. The size and shape of the MNPs and SMNPs of various thicknesses was analyzed by field emission scanning electron microscopy (FESEM) equipped with an energy dispersive X-rays (EDX) spectroscopy, transmittance electron microscopy (TEM), X-rays diffraction (XRD) and dynamic light scattering (DLS). The surface functional groups were detected by using Fourier transform infrared (FTIR) spectroscopy, whereas, magnetic properties were tailored by using vibrating sample magnetometer (VSM). Finally the MNPs and SMNPs of various thicknesses were loaded with anticancer drug methotrexate (MTX) and their release study was monitored by dialysis method. The MNPs show rapid release of drug as compared to SMNPs where a sustained drug release was detected. However, 2X SMNPs displayed more sustained release of MTX among the others coated systems.

• To prepare the silica coated magnetite by oil in water microemulsion technique
• The coated system after drug loading and sustained drug release could be effective for biomedical applications.

Dr. Muhammad Waseem is serving as Assistant Professor in the Chemistry Department, COMSATS University Islamabad, Pakistan. He received his PhD degree (Physical Chemistry) in 2012 on mixed oxides of iron and silica for cadmium removal with Prof. Dr. S. Mustafa from National Centre of Excellence in Physical Chemistry, University of Peshawar, Pakistan. He worked in 2010 with Prof. Ger Koper on nanosized hematite and magnetite. From 2012 -2013, he remained Assistant Professor in the Department of Chemistry Hazara University Mansehra. His field of interest includes ion exchange/adsorption and synthesis of nanomaterials for environmental and biomedical applications. During his career, he published more than 50 research papers in the reputed journals with cumulative impact factor of135.