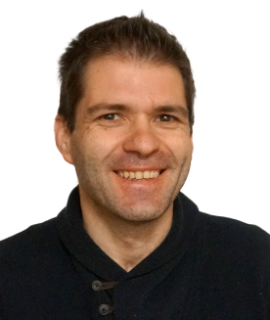 United States Energy information Agency recently released that world energy consumption will grow by 56% between 2010 and 2040, from 524 quadrillion British thermal units (Btu) to 820 quadrillion Btu. This growth will come from non-Organization for Economic Cooperation and Development countries, where demand is driven by strong economic growth.

Thus European Union Heads of State and Government set a series of demanding climate and energy targets to be reached by 2030 to increase the use of renewable energy sources thus reducing the consumption of primary energy sources (in coal, natural gas, oil, and nuclear energy), leading to a reduction on CO2 emissions. Up to now, the way the world’s overall energy resources have been consumed and transformed in other more practical energy forms is mostly via thermal mechanism. However, the majority of the thermal energy produced is rejected to the atmosphere and oceans as waste heat (around 60%). Thermoelectric generators (TEGs) appear as an attractive alternative to transform part of this waste energy into electricity, namely in the temperature range RT-600°C.

In the present work, several nanomaterials with 2D, 1D and 0D dimensions of under-utilized materials (Bi2Te3, Sb2Te3 and ZnO) will be discussed. For 2D nanomaterials, Top-down approach was used using ion beam deposition of Bi2Te3, Sb2Te3) [1]. The optimization parameters of thin films will be discussed and presented. A different 2D approach will be also introduced, namely a bottom-up methodology using electrodeposition techniques [2] for Bi2Te3. The morphology and stoichiometry was found to highly depend on the deposition potential, where by increasing it one was able to accurately control the Te% content of the deposits. A comparison with 1D (nanowires) using alumina templates and 2D thin films under the same conditions unveil  the requirement of smaller potentials of deposition.

The 0D nanomaterial was produced of Bi2Te3 using solvothermal method as well as ZnO nanoparticles using a co-precipitation method [3]. All the nanomaterials were chemical, Morphological and physical characterized, namely the transport properties (electrical resistivity and seebeck effect) as well as their output performance (figure of merit or power factor).

At the end, several flexible microdevices using micro-lithography or screen printing techniques will be presented using the different nanomaterials with their respective conversion rates and efficiencies.

André Pereira holds a PhD in Physics since 2010, with Pos-doc at ORNL (USA) and ICL (UK). In the last 5 years has directed his research focused on the area of flexible Energy Devices (plastics or textiles). The research Energy areas are energy harvesting (thermoelectric and triboelectrics) and in its storage using supercapacitors. Moreover, continues working on magnetism and quantum physics particularly in materials with strong correlation between spin and lattice, magnetic nanoparticles (Bioengineering), magnetostrictive materials (Industrial project) and more recently in topological systems in the area of quantum physics. Founder of a spin-off at the University of Porto (inanoEnergy) and co-founder of a start-up project (WeStoreOnTEX).