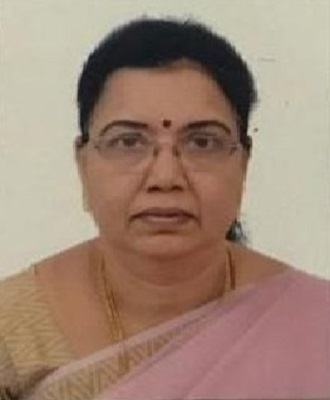 •    The introduction of targeting moieties to polysacharrides based nanoparticles will improve their therapeutic efficacy which also reducing side effects and has high potential to address the current challenges in drug delivery.

•    Studies on seaweed polysaccharides based nanoparticles both in vitro and in vivo as well as targeted drug release achievable by these systems, which will support their future use in clinical settings.

Dr.K.S.Meena started learning Chemistry at undergraduate level at Women’s Christian College, Nagercoil, Tamilnadu, India. She was awarded the Post Graduation Degree (1984) from Madurai Kamaraj University, Madurai,Tamilnadu and completed her Master of Philosophy (1986) from Annamalai University, Tamilnadu, India. She got appointment as Assistant Professor in the Collegiate Education in 1987. She was awarded Ph.D (2009) by University of Madras. She joined Queen Mary’s College in 2002 and took over various positions as The Head of Department, Controller of Examinations and Co- ordinator of BIFC, QMC and was promoted as Principal in 2018. She has organized many National conferences and also presented papers in many International Conferences such as NANOSMAT –USA, May 2016 at University of Texas and 8th World Medical NANOTECHNOLOGY Congress & Expo Dallas, USA, June 2016. She has published around 40 research articles in National and International Science Journals